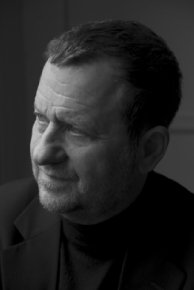 Carl Stein, FAIA, has pursued architectural practice in tandem with research throughout his career. His research, exploring both built work and planning, has focused on energy efficient design, historic reconstruction and their relationship to establish a contemporary architectural vocabulary. Mr. Stein is nationally recognized for his contributions to the field of sustainable design and is committed to a robust and modernist understanding of its practice.

For his achievements, Stein has received numerous awards including the New York Society for Architects Lifetime Architectural Achievement Award, membership to the prestigious College of Fellows as well as the Earth Day Top Ten Award from the American Institute of Architects and the Presidential Award for Design Excellence.

Mr. Stein is the author of many pioneering works on ‘green’ architecture, such as Energy Conscious Architecture; the first in a series commissioned by the National Council of Architectural Registration Boards, and has chaired the National AIA Energy Professional Development Task Force. His forthcoming book from W.W. Norton and Company Greening Modernism addresses the interrelationships between sustainability, architectural preservation, and the Modern movement and places these issues into historical perspective. Published in The New York Times and Progressive Architecture, Mr. Stein also lectures worldwide and has served as consultant for the US Supreme Court, US Department of Energy and the New York State Council for the Arts. Including a five-year term as Professor at The City College of New York School of Architecture, Mr. Stein sees need to bring a rational design sensibility to professionals, academics and public alike.

Carl Stein studied architecture at The Cooper Union for the Advancement of Science & Art and at Harvard University Graduate School of Design after completing undergraduate studies in physics at Middlebury College. Prior to founding Elemental Architecture LLC, Mr. Stein worked for Marcel Breuer Associates from 1968 to 1971 and Richard G. Stein from 1971 to 1977. In 1977 he formed The Stein Partnership with Richard Stein followed by Stein White Architects and Stein White Nelligan Architects. Mr. Stein is licensed to practice architecture in numerous states and is a LEED Accredited Professional by the US Green Building Council.